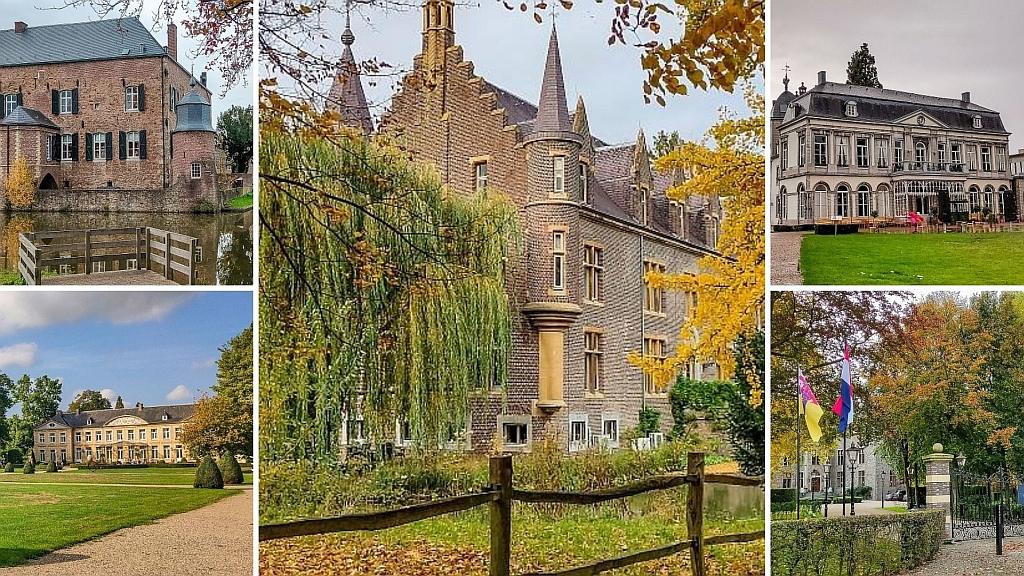 With 258 castles and chateaux, Limburg is the province with the most castles in the Netherlands. A great part of those castles is well preserved or restored and most of them function today as hotels. So, why not choose for a bit of affordable luxury when you are visiting the Netherlands and stay in a castle? In this post I have selected 5 castle hotels in South Limburg where you can stay at a reasonable price. All hotels also offer fine dining and are located in areas where there’s lots to do and see.

Ter Worm Castle is located near Heerlen. It is without a doubt one of the most beautiful castle hotels in South Limburg. The castle has quite an interesting history. It started as a simple fortification in the 14th century and in the following centuries it grew into a large castle. In the 19th century it was renovated in the then popular Gothic Revival Style. At the beginning of the 20th century it was acquired by the Oranje Nassau Mijnen – a famous Dutch coal mining company. At the time, South Limburg was popular for the coal mines, but the industry was closed for good in the 1970s.

Fun fact: The municipality wanted to built an amusement park on the grounds of the castle but the residents of Heerlen went on a large scale protest demonstration in 1983 to stop the project. At the end, the municipality abandoned the plans. 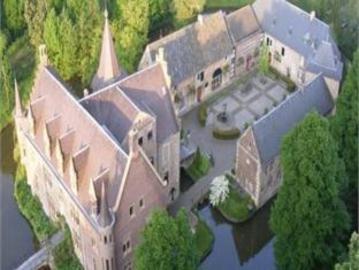 Today, the castle is owned by the famous Dutch hotel group Van der Valk. The hotel rooms are actually in the castle itself. Furnished exuberantly, the hotel rooms offer a luxurious stay at an affordable price. A night at the hotel starts at 130 EUR for a double room and goes up to 255 EUR for the tower suite.

The hotel’s restaurant offers fine dining with both classical and local dishes. 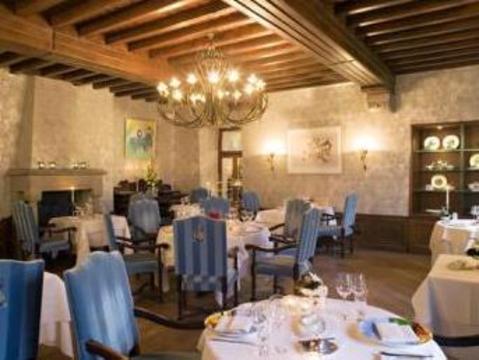 Click below to check the prices and availability of Ter Worm Castle, or to book directly the hotel.

The nearby Dutch city of Heerlen is only a short walk from the castle (about 30 minutes). It is famous for its beautiful street art. Anther castle – the Hoensbroek Castle, that is a famous tourist attraction is only a 10-minute’s drive from the hotel. If you love beautiful nature, the Brunssummerheide Natural Park is also a short drive. The hotel itself has a pretty garden and you can walk along the Geleenbeek (a small stream) to the ruins of another castle – the Eyckholt.

Chateau St. Gerlach is not your average castle. The place has very interesting history, connected with the life of the most famous Dutch 12th-century hermit Saint Gerlachus van Houthem. At the place where he lived, in the 13th century there was built a Norbertines cloister, which in the 14th century became a nunnery. In the following centuries it grew into a secular type of convent for ladies from the aristocracy. In the 19th century the cloister was converted into a chateau.

Today, the actual chateau functions as a restaurant and event venue. The hotel itself is housed in the beautifully restored manor farm, which looks like anything but a farm. Luxury furnished rooms and suites, which both preserve and expose the character of the building, will accommodate even the most demanding guest. 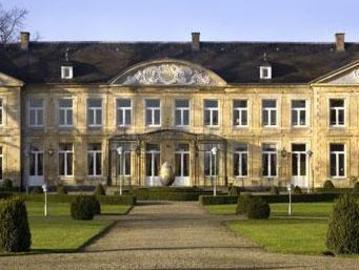 Chateau St. Gerlach is one of the most famous castle hotels in South Limburg, and in the Netherlands, where quite a lot of celebrities have spent the night. The hotel has a boutique spa and two restaurants that work with local ingredients from the hotel’s farm. 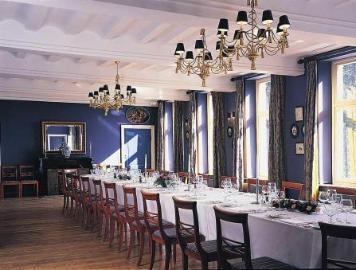 The prices per night start at 220 EUR for a deluxe double room.

Click below to check the prices and availability of Chateau St. Gerlach, or to book the hotel.

You don’t need to go far from your hotel for some sightseeing. Chateau St. Gerlach is located amidst a beautifully manicured park with lots of art sculptures. The St. Gerlach Church, detached to the castle building, is a must-see. The 18th-century frescoes of the church are unique for the Netherlands. The little village of St. Gerlach itself has a national heritage status because of the typical farmsteads. The local train station is the only remaining wooden train-station building in the Netherlands. Where the chateau’s park ends, begins the lovely natural park Ingedael, which was once part of the chateau’s estate.

Located in the Geul Valley, in the middle of the hilly region, Chateau Wittem is the perfect place to stay if you want to explore the area and enjoy a stay in a romantic medieval castle. The touristy Valkenburg is at only 10 km and the charming Maastricht at 20. Chateau Wittem is one of the most luxurious castle hotels in South Limburg.

The chateau dates back to the 12th century and was expanded a few times. The round castle tower was built in the 13th century. The castle reached its heyday in the 18th century when it was restored in Gothic Revival style, the way we know it today. In 1968 the castle was turned into a hotel. In 2019 the hotel underwent a complete renovation. The rooms are luxurious, but not over the top. The choice is among classic rooms, chateau room, superior room and tower suites. The prices for a night start at 250 EUR.

Fun fact: The restaurant is named after the legendary 13th century knight Winand of Julemont, who bought the castle in 1220 and built the round tower.

Click bellow to check the prices and availability of Chateau Wittem, or to book the hotel.

The beautiful Geul Valley is a lovely place to go for a walk. You can also visit the famous beer brewery Brand in the nearby Wijlre. The touristy Valkenburg, Maastricht and Vaals are all within a radius of 20 km, so if you’ve had enough of the romance you can make a day trip to one of the attractions in the neighbourhood. Or to keep the romantic spirit, visit the lovely village of Mechelen, famous for the half-timbered houses.

Read more: Find out which are the best tourist attractions in South Limburg.

Vaeshartelt Castle, or Buitenplaats Vaeshartelt in Dutch, was once part of an enormous summer residence, but not much has survived from it today. In the 19th century the estate was bought by the first Dutch industrialist Petrus Regout, who expanded the castle and enlarged the estate.

The south-west wing (built in the beginning of the 19th century) functions today as a hotel. The most impressive about the castle, however, is its beautiful park. There is also a bee pavilion with beehives and of course, bees. The hotel is maintained and run sustainably, with furnishings made of sustainable materials and sourcing local produce for its restaurants. 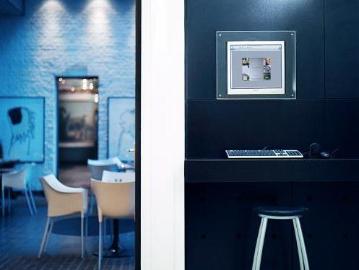 The rooms of the hotel are modern and comfortable, without exuberant luxury. The prices start at 110 EUR per night.

The hotel has a few restaurants and a lovely bar.

Click below to check the prices and availability of Vaeshartelt Castle, or to book the hotel.

The 23 ha park of the castle itself is a famous tourist attraction. The lovely Valkenburg and the beautiful Maastricht are each at a 10 minute’s drive from the castle.

Read more: Check out this post for more tourist attractions in South Limburg.

The Erenstein Castle dates back to the early 14th century and was built by the knight Adam van Ederen. Through the centuries the castle was enlarged and rebuilt many times. The castle, as we know it today, dates back to 1722.

At the beginning of the 20th century it was a Franciscan cloister and between 1940 and 1980 the castle was owned by the municipality and served as a regional museum. Today the castle is part of the famous Fletcher hotel chain. 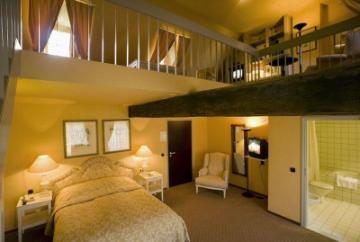 The hotel rooms are in the farmhouse and the restaurant is in the castle itself. The prices are quite affordable, starting at as low as 70 EUR for a double room per night.

Click below to check the prices and availability of Erenstein Castle, or to book the hotel.

The area around the castle is very beautiful, with the small Anstellbeek stream running through a tiny valley (Anstelvallei). Just a few hundred meters away from the castle, is located the Gaia Zoo – a zoological garden that is famous for its sustainable approach and fair animal treatment. You can also visit the Cube and Continuum Museum, located in Kerkrade, or the Rolduc Abbey and try some of the local craft beers. There is also a lovely small-scale botanical garden in Kerkrade. All these attractions are at a walkable distance from the Erenstein Castle.

Staying in a castle hotel is not only for those in search of a bit of romance in their lives, it’s for everyone open for a different experience. These 5 castle hotels in South Limburg offer a different degrees of luxuriousness, but they all have one thing in common – they won’t break the bank if you spend the night there. Besides, they all come paired with beautiful parks and lots of attractions in the neighbourhood, which makes them ideal for a longer stay.

Do you have questions or comments? Or perhaps you need extra information? Join my private Facebook Group Exploring the Netherlands and ask your question there!