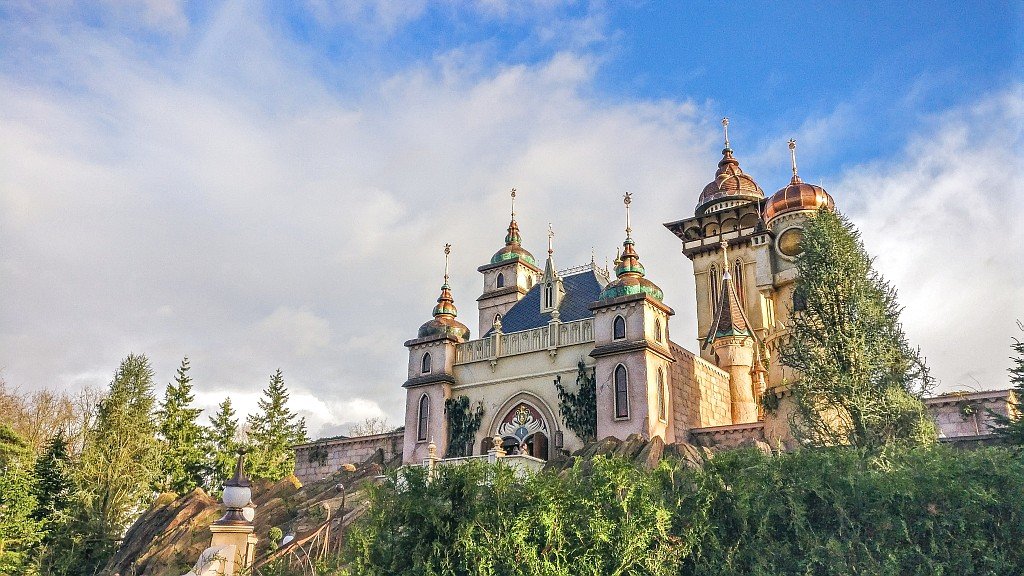 The Efteling theme park (De Efteling in Dutch) is not just a regular theme or amusement park. It is a place where you get transported into the magical world of fairy tales minus the commercialization and into-your-face attractions. Unleash your inner child in this enchanting world, as the Efteling is not only for kids but also for grown-ups who need a bit of magic and the occasional thrill in their everyday lives.

Read more: The ultimate guide to the best hotels near Efteling

Why is the Efteling so special?

There’s a story behind each attraction – a fairy tale or a local legend that is told with a passion and all details are mastered to perfection to give you the illusion that you are a part of the story. The waiting areas for the coasters (Baron 1898, the Flying Dutchman or George and the Dragon) for example, aren’t just simple spaces where you are standing in queue. They tell you the story in such an immersive way that you become part of it – you go on a quest to explore far lands or to work in the mines.

The Fairy-tale Forest is not only for kids, although kids are having fun running around and hugging the giant mushrooms that are radiating gentle music. The Fairy-tale Forest takes you on a journey where well-known and less-known, but locally popular, fairy tales come to life. There’s a talking tree telling stories, you can spot the house of Hansel and Gretel, the Sleeping Beauty and Cinderella are there, too, and the Little Match Girl will get for sure a tear in your eye.

And what can be more unusual than a talking dust bin that eats paper? The talking paper gobbler Holle Bolle Gijs invites all kids (and adults) to clean the park by repeating “Papier hier! Papier hier!” (Paper here! Paper here!).  Indeed the park is pretty clean as kids will run around collecting everything they see on the ground and sticking it into the mouth of Holle Bolle Gijs just to hear him saying once again “Papier hier!”

How to get to the Efteling?

Located centrally in the Dutch province of North Brabant, Efteling is easy to reach by public transport. Basically, you will need to get either to the train station in Den Bosch (‘s-Hertogenbosch) or to the one in Tilburg and get the bus respectively to Tilburg or Den Bosch. Bus lines 300, 301 and 136, that run between these two cities, stop at the Efteling. Line 136 is slower than the other 2 options.

If you are travelling from Amsterdam or Brussels to the Efteling, you might use Flixbus as well, just search for Kaatsheuvel (De Efteling).

The park is also easy to reach by car, although during school holidays or sunny weekends there tend to be slight traffic jams in the morning when the park opens and in the evening. If you arrive by car, you should consider that you will need to pay extra 10 EUR for parking.

How to buy tickets for the Efteling?

The best way to buy tickets for the Efteling is from their official website. You might find resellers, but the best price you’ll get is on the website of the theme park. Click on the image below to go directly to the Efteling website: Important: Due to the COVID-19 measures, the theme park is closed at the moment. Check the official website of De Efteling for the latest information regarding the opening of the park.

If you decide to spend the night at the park, which I highly recommend, you will get a multi-entry ticket to the park. Efteling has some amazing accommodations: a themed hotel, a holiday village in the woods and a holiday village in the dune, together with a hotel. For more information, check out this guide of the best places to stay near Efteling, or go directly to the website of the Efteling accommodations. When is the best time to visit the Efteling?

Most famous attractions and Efteling rides

On the website of the park you can find extensive information about all attractions and rides in the Efteling. Here’s a list of my favourite ones:

George and the Dragon

George and the Dragon (Joris en de Draak) is a double-track wooden racer roller coaster that cracks and rattles when you dash along with 75 km/h.

Symbolica is a trackless dark family ride where you visit the king’s palace and at the end you are spinning and dancing around at a grand ball.

The Flying Dutchman (De Vliegende Hollander) is a dark ride and water coaster themed around the legendary ghost ship that is doomed to sail till the eternity.

Piraña is a river rapids ride that’s great to take on a hot summer day.

Python is a double-loop corkscrew roller coaster. This one is for the daredevils, but so fun. The original Python built in 1981 was demolished in the beginning of 2018 and substituted by a replica a few months later.

Dream Flight (Droomvlucht) is a suspended dark ride where you ‘fly’ through a magical kingdom of elves, trolls and unicorns.

Steam Carousel (Stoomcarrousel) is a vintage indoor carousel from 1895 for the nostalgia lovers.

Fata Morgana is a dark tow-boat ride that will take you on a journey into the 1001 Arabian Nights world.

Bird Rok (Vogel Rok) is an enclosed roller coaster where you meet the legendary bird Roc and Sinbad the Sailor.

Villa Volta is a madhouse that will play with your senses and perhaps will succeed in turning you upside down. One of my favourite attraction in the park. It’s based on a local legend in Brabant about the buckriders and their leader Hugo of the Dunes of Loon (Hugo van den Loonsche Duynen).

Half Moon (Halve Maen) is a ship swing that is made after the famous Halve Maen ship of the Dutch East India Company, not my personal favourite as I get terribly sick on it.

Gondoletta is a tow boat water ride. This is also one of my favorite things in the park – taking a boat ride on the lake, especially beautiful in spring time.

Pagode is a 60-m observation tower that has a revolving cabin in the form of a temple. From the Pagode you can see how huge the whole park is.

Fairytale Forest (Sprookjesbos) is where Efteling actually began and this is Efteling’s most emblematic section. The fairy tales are set amidst trees and beautiful landscaping.

Aquanura is an amazing water and fountains show based on the Frog King fairy tale.

Tips for visiting the Efteling

Where to stay near Efteling?

Check out this extensive overview of the best places to stay when visiting the Efteling.