As a low-lying country, water management has always been a crucial part of life in the Netherlands. It’s estimated that between 25-33% of the country is located below sea level, so it’s no surprise to find that the Dutch genius for controlling and using water is central to many of the country’s UNESCO World Heritage Sites. Beemster Polder, known in Dutch as Droogmakerij de Beemster, is another fascinating and extremely well-preserved example. But what is Beemster Polder? Why is it important? And most crucially: what’s a polder? Read on, for the answers to all this, and more!

What is a Polder?

Before delving deeply into Beemster itself, it’s necessary to understand exactly what a polder is. Put simply, a polder is farmland that’s been reclaimed from water. This land could be reclaimed from a lake, a river, marshes, or even the sea. To build a polder, one only needs to build a dam around the desired area. Once the area has been isolated by the dam, water is pumped out until only the dry land remains. Further systems are put in place to ensure nearby water sources (including groundwater and rainfall) don’t re-flood the area – and now you have a polder!

Polders are found across the world, and the concept has been around for more than a thousand years. But nowhere is more synonymous with polders than the Netherlands. It’s estimated that around 60% of the country is built on reclaimed land, and ingenious water management is one of the country’s most defining features. So with that in mind, let’s have a closer look at Beemster Polder, and understand why it’s considered important enough to be on the UNESCO World Heritage List.

Beemster Polder is located about 30 kilometres north of Amsterdam. The World Heritage area covers about 70 square kilometres, and is today home to about 3,500 people. There’s even several villages located within the polder: Middenbeemster, Noordbeemster, Westbeemster, and Zuidoostbeemster. Centuries ago, in the early Middle Ages, the current area of Beemster was a large peat bog. Local villagers made their living farming the peat, as it made for good fertiliser and a useful fire fuel.

However, by the 13th century most of the peat had been dug up and water began seeping in from the nearby Zuiderzee. Within a few years, the entire area was completely flooded and unusable for peat farming. It had become a lake, known as Beemster Lake. Then, in 1605, a group of private investors from Amsterdam decided to drain Beemster Lake, and put the resulting reclaimed farmland to use. Under the direction of hydraulic engineer Jan Adriaenszoon Leeghwater, a metre-high ring dike was constructed around the lake, and a mass of 43 windmills began pumping the water out. Progress was slow, but by 1612 the entire Beemster area was dry, fertile, and ready for use – despite being 3.5 metres below sea level!

A system of roads, plots, farms, and canals were carefully planned across the polder, and new inhabitants moved in. Interestingly, the new land was very quickly found to be a very fertile mixture of clay, making the new crop and livestock farms extremely productive. The whole Beemster Polder project was hailed across the Netherlands as a massive success, and its principles were duplicated (with varying levels of success) in many other parts of the country.

Why is Beemster Polder important?

Although it seems unusual that an area of reclaimed farmland in an obscure corner of the Netherlands would make it onto the World Heritage List, alongside the Taj Mahal and the Great Pyramids, Beemster Polder is actually surprisingly important. Firstly, and perhaps most importantly, the original buildings and structures of the polder are all still there and in excellent condition. Along with the dams, sluices and canals, many of the houses, churches and mills within Beemster are original to the 17th century and well preserved.

Secondly, Beemster was a key step in developing the relationship between humans and water. At the dawn of the 17th century, the world’s population was rapidly increasing, which meant new agricultural techniques were needed to feed more and more people. By reclaiming land from the sea, and creating highly productive farmland out of thin air, economic and social expansion could continue.

Thirdly, Beemster is a very prominent example of Renaissance town planning ideals being put into practice – ideas that we rarely give a second’s thought today. Long, straight avenues running in parallel, with connecting smaller streets at right angles make up the backbone of Beemster’s grid layout, while the land was divided evenly into rectangular 2:3 plots, all of them precisely the same size. The drainage and transport canals ran alongside the roads, so that everything reflected the Renaissance principles of symmetry and harmony. There were even by-laws about what you could do with your property!

How to visit the Beemster Polder

Things to do in the Beemster Polder

Where to stay in the Beemster Polder

Here’s a selection of places to stay in De Beemster: 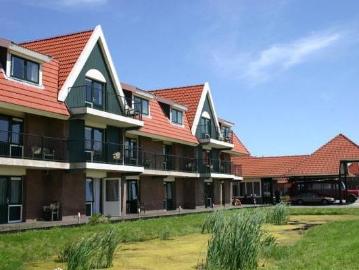 Overall, Beemster Polder is a fascinating place. Admittedly, it’s not the most exciting place to visit, but there’s some intriguing history here and it’s interesting to consider the impact this small corner of the Netherlands had on modern agriculture and town planning.