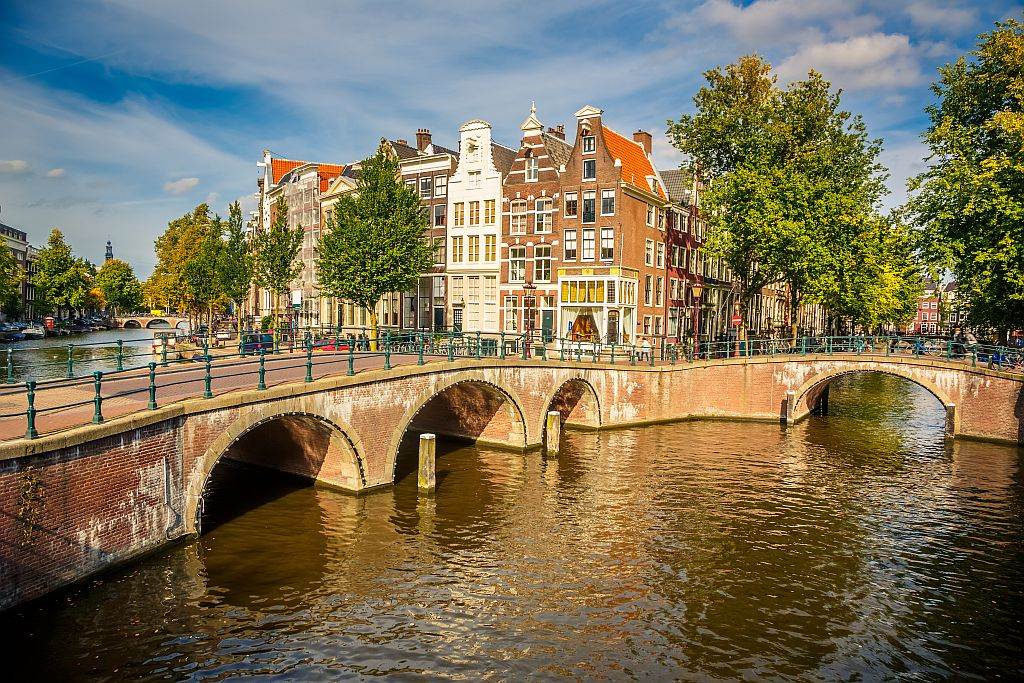 Amsterdam is one of the world’s great cities. With a fascinating history, rich cultural heritage, beautiful buildings and friendly locals, it’s no surprise that Amsterdam is among the most visited places in the world. Like many famous tourist cities, Amsterdam is home to multiple UNESCO World Heritage Sites, and the main Amsterdam World Heritage Site is visited by almost every tourist. This site is the Amsterdam canals, or as they’re officially known by UNESCO: the 17th-Century Canal Ring Area of Amsterdam inside the Singelgracht. Let’s have a closer look!

The Amsterdam UNESCO site canal district runs in roughly a horseshoe shape around the perimeter of the city’s old medieval core. There’s four main canals: Singel, Herengracht, Keizersgracht, and Prinsengracht, while the further-out Singelgracht marks the external boundary of the area. Each of these canals run parallel to each other, and are connected by smaller canals radiating out from the centre, like the spokes on a wheel.

Do you want to prepare better for your trip to Amsterdam? Read these posts:
➭ One day in Amsterdam – best things to do and see
➭ The best Amsterdam walking routes
➭ The best day trips from Amsterdam and how to get there

History of the Canals

The canals date back to the 17th century, when Amsterdam was a bustling trade metropolis. The city was rich and powerful, the centre of a global empire stretching from Brazil to Indonesia, one of Europe’s most important commercial hubs, and a hotbed of art and culture.

The city itself had been founded as a fishing village in around the 10th century, in what’s now the De Wallen (“The Quays”) area just east of Damrak, the main street. As the city grew in wealth and status, immigrants flooded in, and as the 17th century dawned the old city was bursting at the seams.

To expand the city and create more liveable space, Amsterdam’s architects and town planners came up with a bold new plan. They would dig a series of canals into the farmland surrounding the medieval city, creating several new large residential districts while still allowing for defence, transport, and of course flood control.

Construction on the canals began in 1613 and lasted over 40 years, finishing up in 1656. Interestingly, the canals weren’t constructed from inside to out as one might expect. In fact, all four canals were built in parallel around the city at roughly the same time, though the beautiful houses which line the canals were gradually constructed at later dates.

The innermost canal is known as Singel (not to be confused with the outermost Singelgracht canal!), and was originally Amsterdam’s defensive moat before its conversion into a canal during the expansion. As the oldest of the canals, it’s lined with many beautiful old houses, and some fantastically interesting buildings as well.

The famous Bloemenmarkt (flower market) sits on a series of boats in the canal, located between the Muntplein and Koningsplein squares. There’s two fantastic churches, Ronde Lutherse Kerk and Oude Lutherse Kerk along the canal, along with a house that’s allegedly the world’s narrowest! Amsterdam’s oldest and widest bridge, Torensluis, crosses the Singel near Dam Square.

Herengracht is the second of the four Amsterdam canals in the UNESCO World Heritage Area. The name “heren” comes from the Dutch phrase heren regeerders, which roughly translates to “patricians” or “regents”. This was a rich and fashionable canal to live on, and many of the city’s wealthiest merchants and rulers built large mansions and townhouses along the waterfront.

One particularly notable area along the Herengracht is the Golden Bend, or Gouden Bocht, which is where the ultra-rich and the city’s elite built their houses. Today, it’s still home to many of Amsterdam’s most beautiful houses, with classical facades and ornate gables.

The third canal in the Grachtengordel (canal belt) is the Keizersgracht, or Emperor’s Canal. Named after the Holy Roman Emperor Maximilian I, Keizersgracht is the widest canal in central Amsterdam at precisely 100 Amsterdam feet (or about 28 metres). Although not quite as fashionable and wealthy as its neighbour, Herengracht, the Keizersgracht was still a very rich area and home to much of Amsterdam’s upper crust.

Some of the most beautiful houses in Amsterdam are located along the Keizersgracht, including Huis met de Hoofden (House with the Heads) – a large house decorated with six ornamental heads, the understated and subtle Coymanshuis, the grand Felix Meritis, and the imposing Huis Marseille. Keizersgracht occasionally freezes over during the winter, and is the city’s official ice-skating canal!

And finally, the fourth canal is the Prinsengracht, named for the Prince of Orange. Some of Amsterdam’s most famous buildings and houses are located along Prinsengracht. Certainly the biggest tourist attraction along the canal is the Anne Frank House, a 17th century canal house where diarist Anne Frank and her family used a secret annex to hide from Nazi persecution during World War II. These days, the house is among the most popular museums in the Netherlands, receiving well over a million visitors each year.

Two of Amsterdam’s most famous churches are also located nearby: the Westerkerk and the Noorderkerk. The latter is also surrounded by the popular market square, Noordermarkt, with markets held every Monday and Saturday.

How to visit the Canal Ring of Amsterdam?

You have a few options: by walking, by bike or by boat. I would recommend at least a combination of these. However a boat tour of Amsterdam is an undisputable must-do, even if you have only a day in Amsterdam.

Here is a selection of the best canal cruises in Amsterdam:

There are also boat trips where you can have a snack or get a drink, which is quite popular in Amsterdam, especially if you go there with a group of people.

Another way to explore the canals of Amsterdam is on foot. I have developed 4 walking routes that will take you to the best attractions of Amsterdam and will be crossing the canals a few times. Here they are:

Of course, you can explore Amsterdam on bicycle and this is perhaps one of the most iconic things to do in the Dutch capital. Should you venture on a biking tour, bike with caution, as it can be a bit dangerous. Here is a selection of bike tours in Amsterdam:

Want to prepare better for your trip to Amsterdam? Read these posts:
➭ One day in Amsterdam – best things to do and see
➭ The best Amsterdam walking routes
➭ The best day trips from Amsterdam and how to get there

Overall, the 17th Century Canals of Amsterdam are absolutely the city’s most famous feature, and it’s no surprise that Amsterdam is sometimes called the Venice of the North. If you’re interested to see World Heritage Sites in Amsterdam, the canals are definitely worth exploring thoroughly, both on foot and on water.

Do you need some extra help to plan your trip to Amsterdam? Join the dedicated Exploring the Netherlands Facebook Group, where you can get tips from other travellers and locals. Or perhaps you have questions or comments? Join the group and I’ll be happy to answer them.