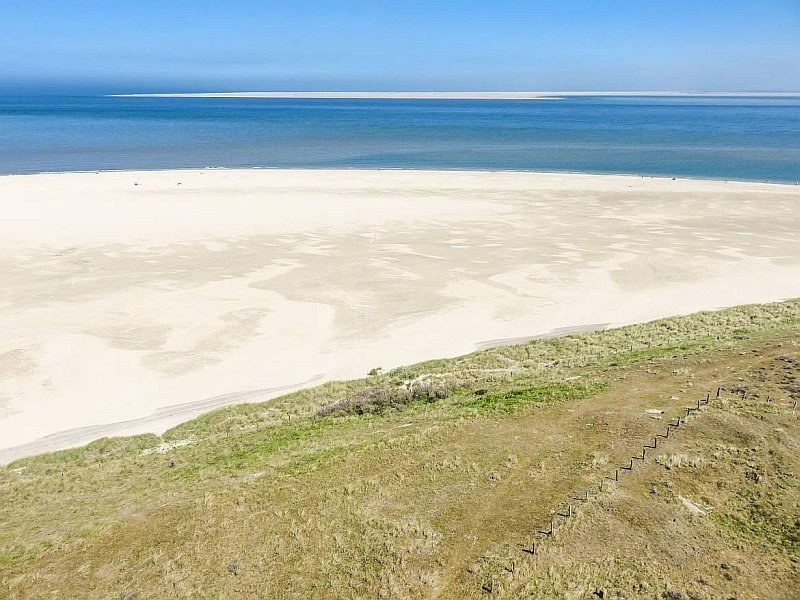 For centuries, The Netherlands has been inextricably linked with its coastal waters. The long story of Dutch history ebbs and flows with the waters that continually flooded and receded across the low-lying country. These days, a large percentage of the Netherlands lies below sea level, and careful water management is crucial to keeping houses dry, farms productive, and businesses operating. But unlike many of the UNESCO World Heritage Sites in the Netherlands, the Wadden Sea doesn’t showcase the unique Dutch mastery of the water. It is, however, the only natural Netherlands UNESCO site, and as the name suggests, it is intimately linked with water. But what is the Wadden Sea? Why is it important? And why is it a UNESCO World Heritage Site? Read on to find out!

What is the Wadden Sea UNESCO World Heritage Site?

The Wadden Sea is a large series of intertidal mudflats, located along the northern coastline of the Netherlands. Starting from Den Helder, about 90 kilometres directly north of Amsterdam, the Wadden Sea stretches north-east along the Dutch coast, before heading east along the German coastline, and then northwards along the coast of Denmark, before eventually finishing near the town of Esbjerg. All up, the Wadden Sea covers a colossal 1.15 million hectares (approximately 11,500 square kilometres) along more than 500 kilometres of coastline, making it the world’s largest intertidal mudflat.

The name “wadden” literally translates from Dutch as “mud flat”, and it’s a very accurate description! At high tide, the enormous area is covered with shallow water, home to fish, seals, and other sea creatures. As the tide recedes, the water retreats, exposing the seafloor and its enormous tracts of mud. Along the northern edge, the mudflats are protected by a long chain of islands fronting the North Sea, many of which are built up from sand dunes and sediment. Fascinatingly, some of these islands actually move position, as the waves and tides add sediment to one side, while washing it away from the other.

The Wadden Sea is also home to many species of plants and animals. It’s a key home for migrating birds like geese, ducks, and waders. There’s also plenty of terns, gulls, herons, eagles, and other birds of prey. In the water itself, salmon, trout, rays, and sturgeon are common, while seals and dolphins are also seen in the waters.

The entire Wadden Sea area consists of individual tidal basins, 39 in total. Each of these basins has a distinct set of characteristics, based on nearby features like salt marshes, barrier islands, tidal flats, gullies, and deltas. All of the basins are formed individually by the nearby barrier islands, channeling water in different ways, while sand bars disrupt the tidal flows and carve out deep inlets, creeks and basins.

Along the Dutch section of the mudflats, the five large barrier islands protect the coastline from the pounding surf of the North Sea. Each of these islands (Texel, Vlieland, Terschelling, Ameland, and Schiermonnikoog) is sparsely populated, but home to several hundred people. Fascinatingly, another island – Bosch – disappeared beneath the water in the Christmas Flood of 1717, never to be seen again.

As the Wadden Sea covers such a huge area, it contains a large variety of different habitats and ecosystems. The largest (and best-known) is the tidal mudflat area, which floods and drains twice a day, in line with the tides. At low tide, the exposed land area can be comfortably walked on, and both tourists and wildlife explore the soggy mudflats during this period.

Just under the surface are millions of worms, recycling the sediment and keeping the ecosystem alive. Many crabs, shrimp and small fish live in the little pools, gullies and creeks created by the receding tide. It’s estimated that around 10,000 species of plants and animals live (or pass through) the Wadden Sea area, including 2,700 marine species and 5,000 land species.

Why is the Wadden Sea a UNESCO World Heritage Site?

As the world’s largest system of intertidal mudflats, the Wadden Sea is a well deserved UNESCO World Heritage Site. The original purpose of UNESCO’s World Heritage List was more about preservation and conservation than tourism and promotion, so it’s unsurprising that such an important ecosystem would satisfy the criteria for inclusion on the List.

Despite its proximity to densely populated countries like Germany and the Netherlands, the Wadden Sea still exists in a largely undisturbed, natural state. With such a unique environment, along with its impressive range of biodiversity, the Wadden Sea is a well deserved UNESCO World Heritage Site.

As the area is pretty large, you can choose to visit one of the islands or the coastline. There are 7 visitor centres, where you can get information about the Wadden Sea and learn about the importance of this World Heritage Site. 5 of these centres are located one on each island and 2 are on the coast.

These are the 7 visitor centres:

Tip: Schirmonnikoog is also one of the 20 National Parks in the Netherlands, together with Texel and Lauwersmeer.

How to experience the Wadden Sea?

Visit one of the islands

You can visit one of the Wadden islands, called also West Frisian islands: Texel, Vlieland, Terschelling, Ameland, and Schiermonnikoog. Texel and Schiermonnikoog are also National Parks. Each island offers a number of activities. Make sure you explore the local visitor centres.

Read more: Check out this post about the best things to do on Texel.

Another popular activity is island hopping – getting from one island to the other and eventually visiting all 5 of them. In the summer months there are boat connections between the islands.

If you want to do something really unique, then you should try mudflat walking or wadlopen in Dutch. Mudflat walking is walking on the bottom of the sea when the tide is low. You will be amazed by the variety of sea life found in the mudflats. The hike is a bit challenging and is not suitable for people who are not fit. At some places you’ll get knee-high in the mud.

Watch when the seals are released

At Pieterburen you can visit the seals rehabilitation centre. When the seals are healthy again they can be released back into the wild. You can witness this special moment when the seals are re-introduced in their natural habitat. This is perhaps the best example of ethical animal tourism.

There’s a small-group boat tour from Lauwersoog to the sandbanks of Wadden Sea. You can check the availability and dates on the website of the centre in Pieterburen.

The only two Dark Sky Parks in the Netherlands are located in the Wadden Sea area. You can admire the dark starry night sky unpolluted by lights. The first location is on Terschelling – De Boschplaat nature park, and the second one is in Lauwersmeer National Park.